MERCER COUNTY, May 14 — Captain Ken DeBoskey and Detective Daniel Inman of the Hamilton Police Department will receive Valor Awards at 200 Club of Mercer County’s Annual Luncheon on June 19 at the Stone Terrace by John Henry’s in Hamilton. 250 supporters from the community are expected to attend to honor the Valor honorees and hear Chief Trucillo’s keynote address.

“This group of first responders, like so many safety and rescue personnel, put their own lives in danger to protect others. The officers pulled a man from an overturned burning car.” said Greg Blair, president of the 200 Club of Mercer County. “Their courageous actions saved a life. They are quiet real-life heroes that embody all that the Valor Award represents.”

Christopher Trucillo, Chief of Police at NJ Transit will provide a keynote entitled: “NJ Transit – On Track for the Super Bowl.” NJ Transit is preparing, as is our region for the 2014 Super Bowl that will be held in Met Life Stadium. The NFL has already billed it as the first Mass Transit Super Bowl given the dynamics of our bi-state region and the role mass transit will play. In addition we have the only NFL stadium that has a heavy rail station that goes right to the stadium’s front door. This will present many challenges from a security point of view, given that we are dealing with a National Security event and multiple agencies. 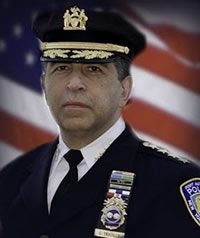