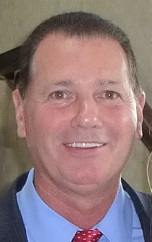 Under Collins’ leadership, the department was recognized by the New Jersey State Association of Chiefs of Police  for complying with best-practice standards across a variety of areas, including arrest procedures, use of force, and crime scene processing.

Tickets: $45 Includes appetizers, beer & wine
As part of our 2019 Membership Drive, bring a friend who may be interested in joining the 200 Club and their ticket is free.