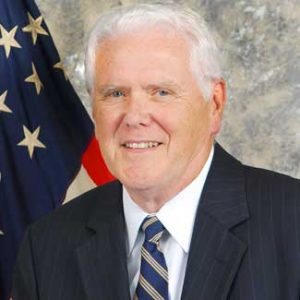 Dr. Denis Onieal was appointed Deputy Fire Administrator for the United States Fire Administration (USFA) in May, 2015. He is responsible for managing USFA facilities, data and public education programs and training activities at the National Emergency Training Center.

He joined the Jersey City Fire Department in 1971, rose through the ranks from firefighter to Deputy Chief, and then acting chief in 1995, leading a uniformed force of 620 firefighters and officers. He spent his entire time “in the street” as a line fire officer.

Dr. Onieal served as Superintendent of the National Fire Academy (NFA) from 1995-2015, and during his tenure the NFA expanded its outreach program to work more closely with State and local training agencies to increase NFA training from 15,000 in 1995 to 100,000 today. All courses have been completely revised to include college credit recommendation and continuing education units for all resident and off-campus deliveries. The Academy’s on-line training program trained over 45,000 people last year. In cooperation with over 100 colleges and universities, the NFA has standardized the Associate and Bachelor degree curriculum across the Nation. The NFA now offers courses from 10 minutes to 10 days in all professional development topics depending upon the students’ needs.

Beginning September 12th, 2001, he led the USFA’s team at the World Trade Center, working behind the scenes to help the New York City Fire Department re-establish their systems of command, control and on-site communications. In 2005, he was sent to Atlanta GA to lead the in-processing, training and dispatch of 4,000 firefighters to assist in the response to Hurricane Katrina.

In March of 2015 he was awarded the James O. Page EMS Achievement Award from the International Association of Fire Chiefs EMS Section. This award honors those who demonstrate professionalism, a drive for excellence, and exemplary performance and leadership.